On August 10th,  WKIC members and friends went on a visit to Chojun Textile-Quilt Art Museum. 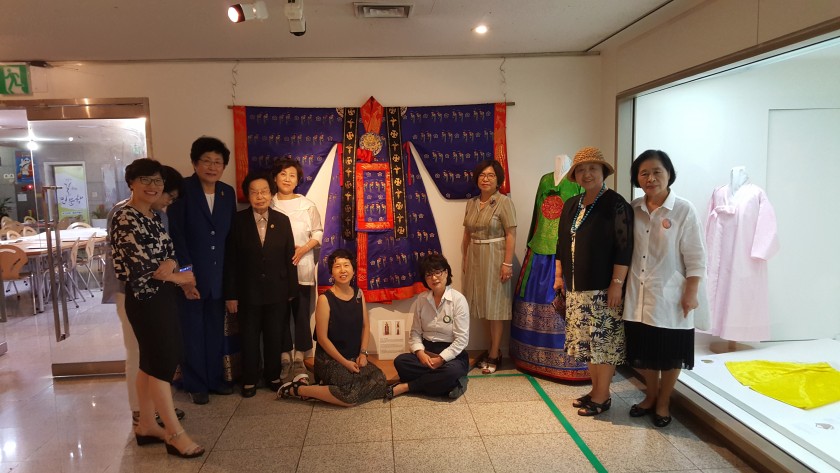 Master Kim, Soonhee is well known for her effort and achievement in getting back some of the costumes worn by Princess Duckhae and the royal family during Choson Dynasty from Japanese possesion. 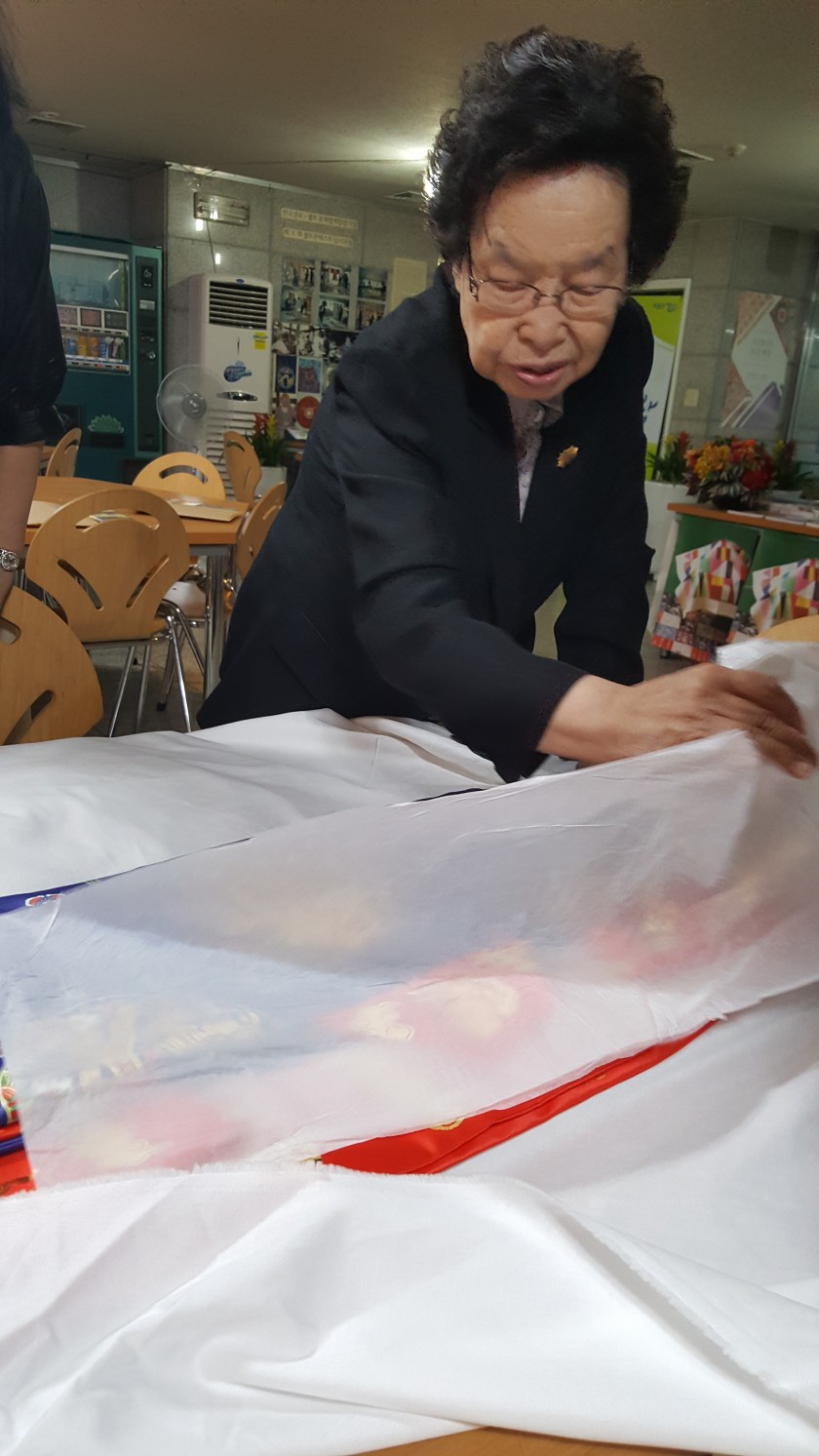 Each item was worth visiting, but members were especially very much impressed with the ceremonial robe of the empress with peacock design. 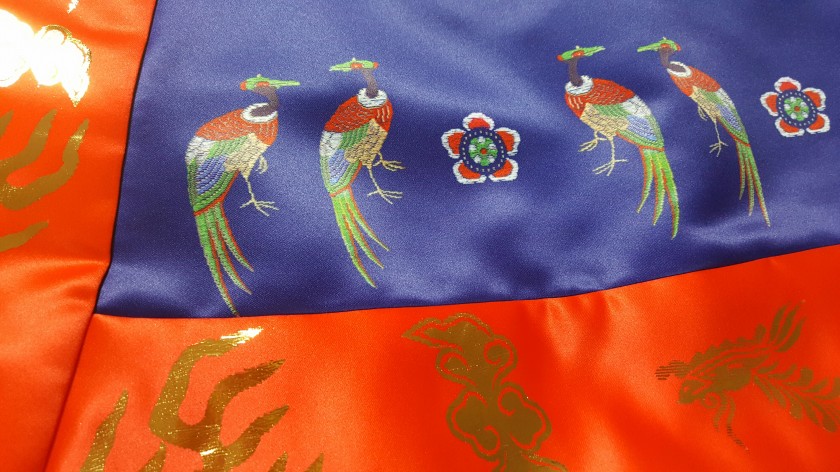 The museum also had the simplified ceremonial gown mainly worn by the queens and royal concubines of the Choson Dynasty for less formal events. The jacket is characterized by elongated panels in the front and in the back. 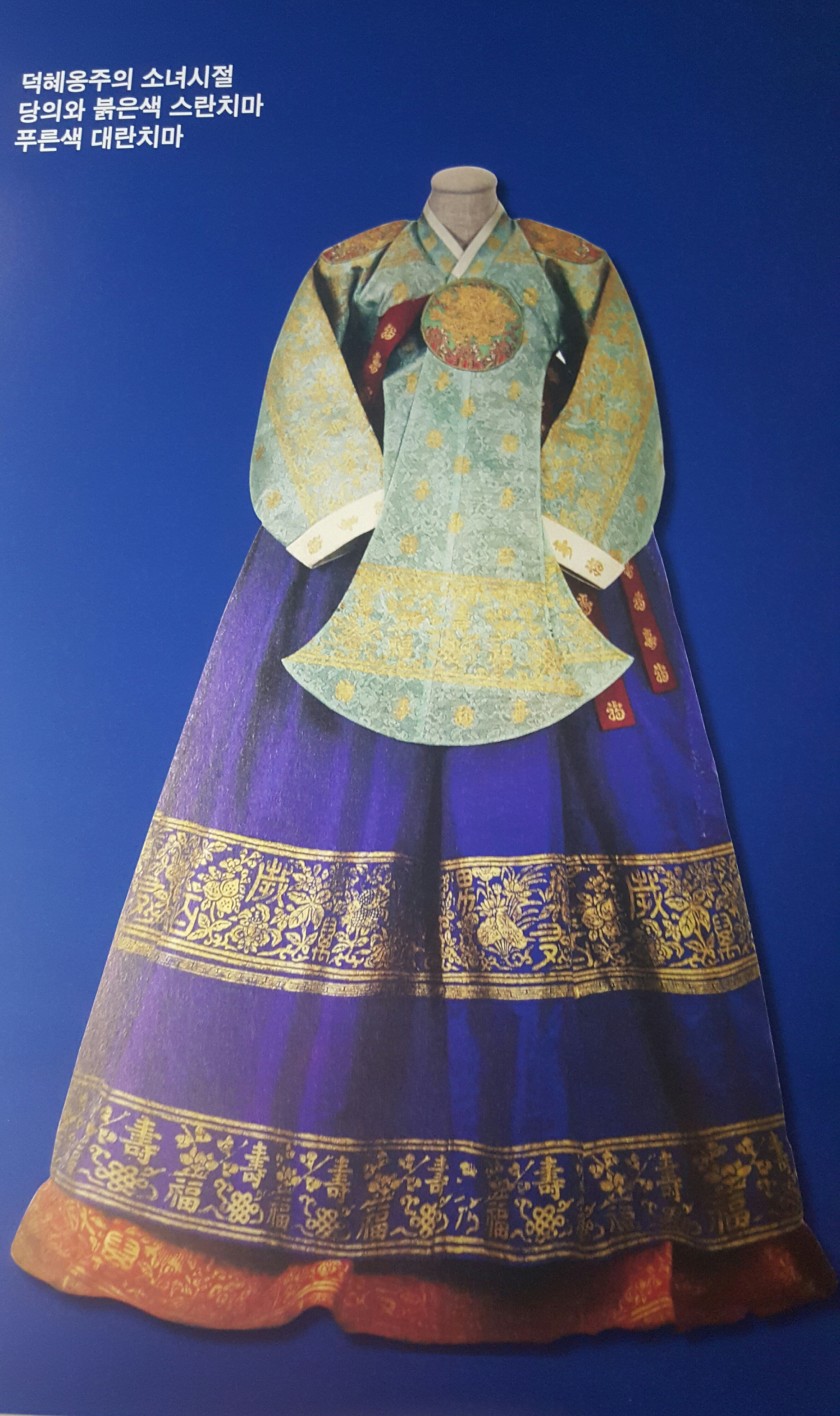 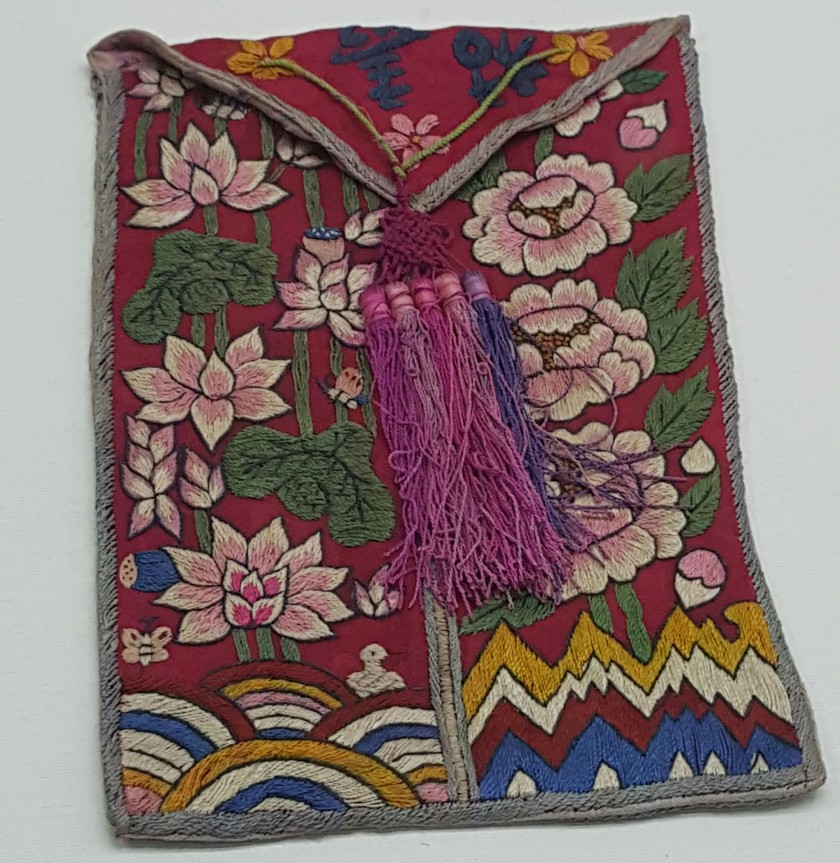 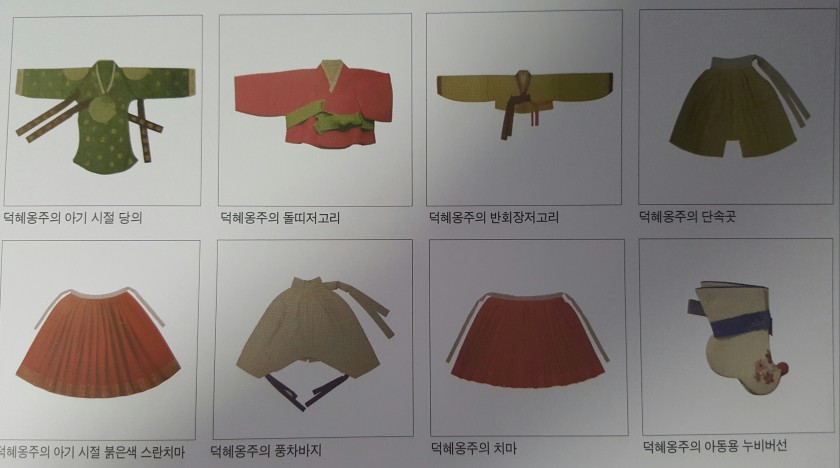 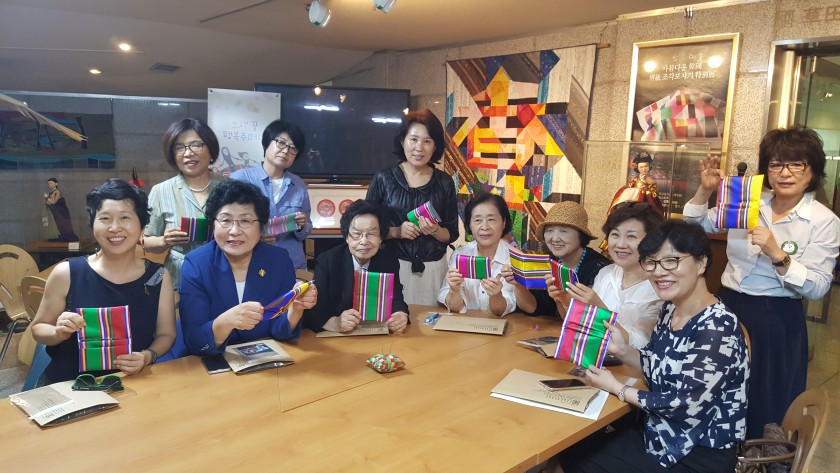 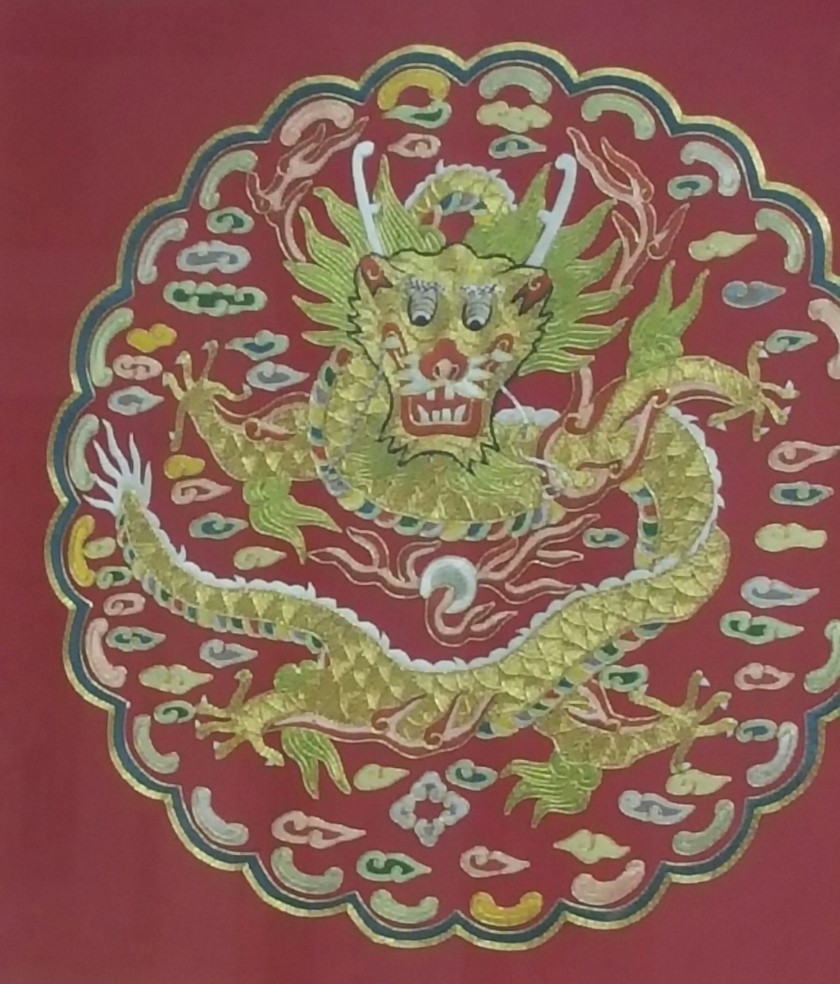 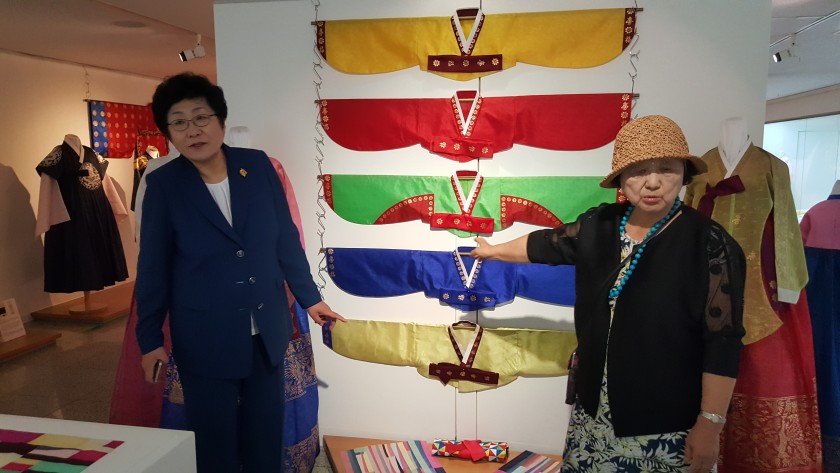 This picture shows some embroidery of peony and lotus, which symbolize happiness and wealth. It was known to be given to the newly-wed couples for blessing. 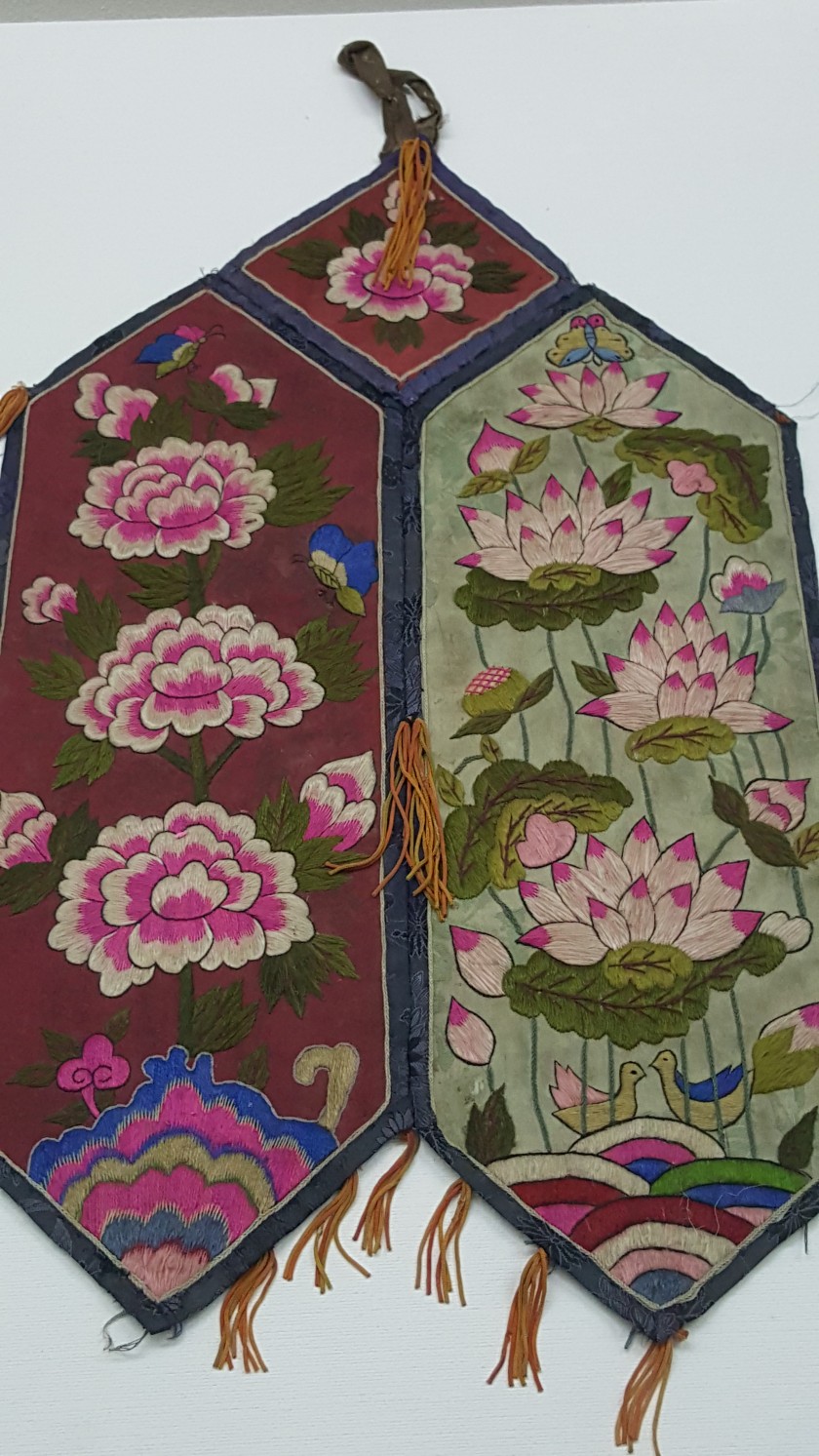