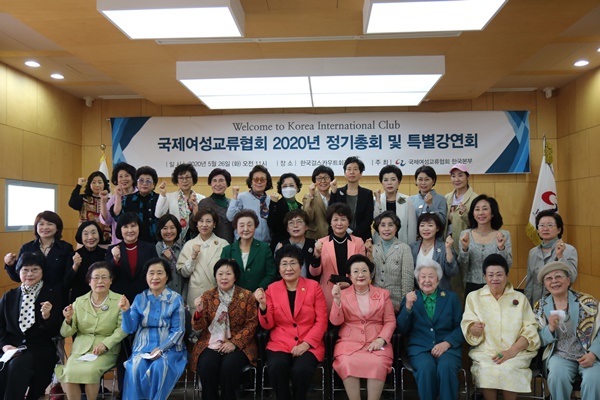 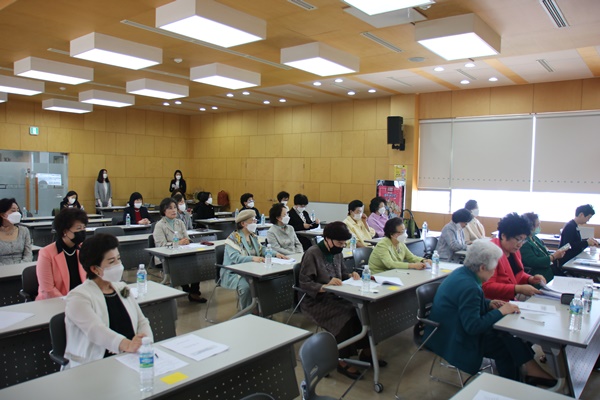 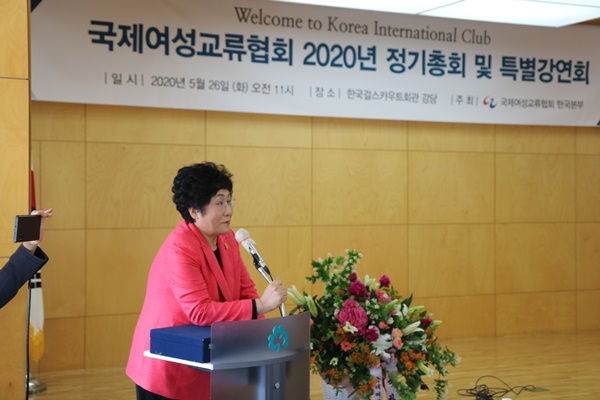 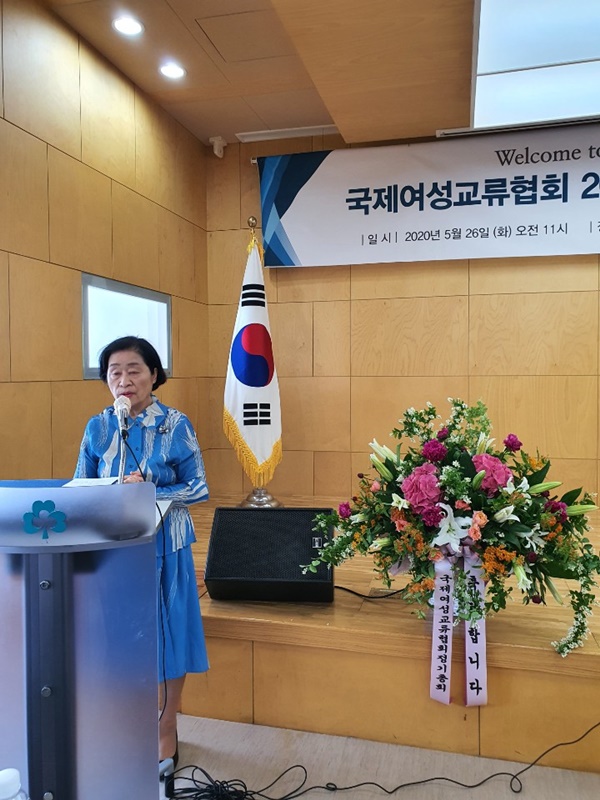 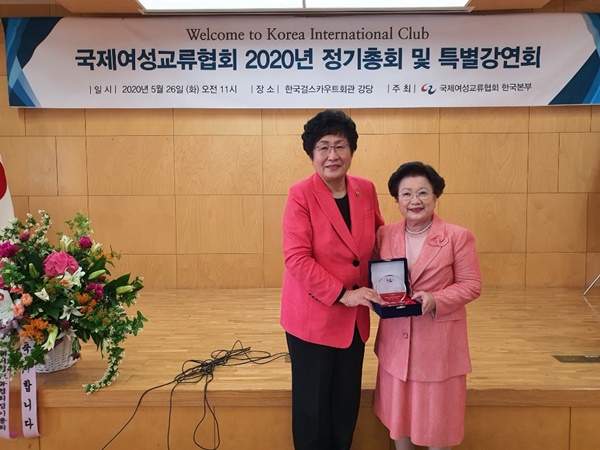 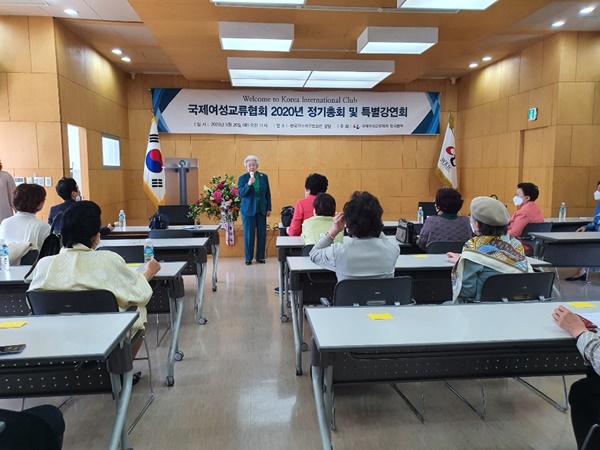 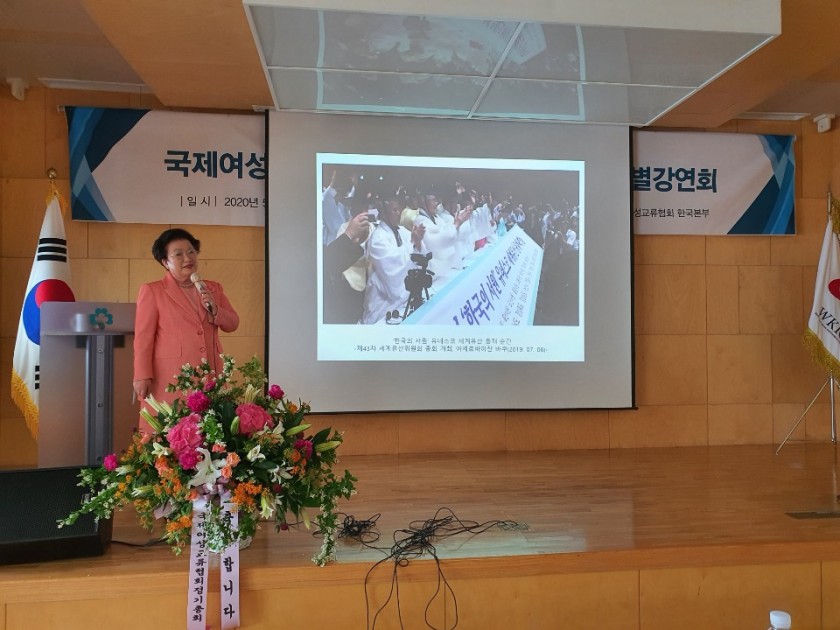 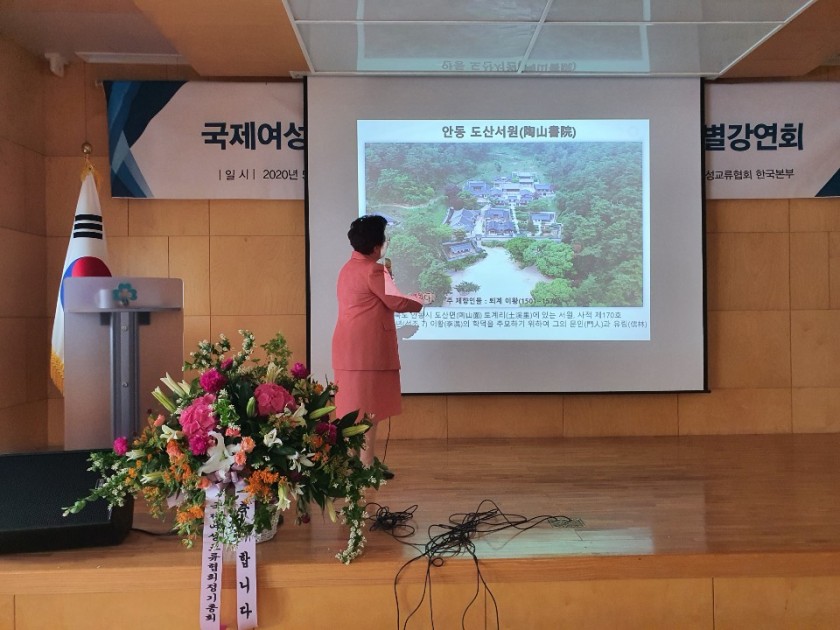 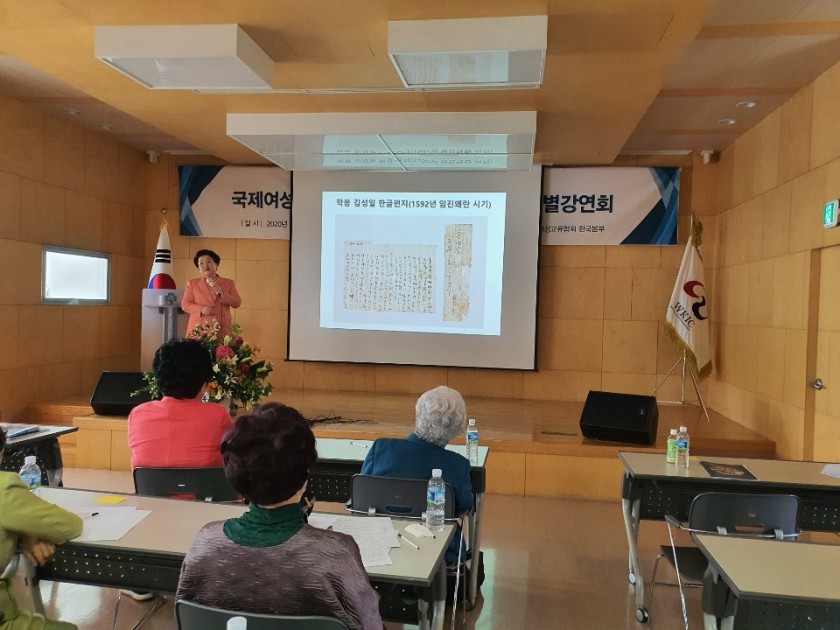 On May. 6th, 2020, 40 members got together at the Girl Scout Auditorium to hold 2020 General Meeting and a special lecture. Due to Covid19, we couldn't help making the members tight.  President Jungsook Kim had an opening remark and Co-chair Minji Lee made a welcoming remark as well.

2019 General meeting minutes got passed unanimously and members approved the 2020 plan of operation and the budget without dissent. Several amendment for the article of WKIC was also posted as agenda and got approved.

After the meeting, there was a special lecture 'There is no future for the people who's forgotten their history' done by  Bae-Yong Lee, the Chairperson of Seowon heritage foundation.

Such an educational and innovative lecture it was!  After the lecture, all got together in front of the camera and had the picture taken.

The following is the excerpt from Seowon heritage foundation homepage.

'Seowon were established from the mid-16th to mid-17th century through the backing of local literati. The nine representative seowon are Sosu-seowon, Namgye-seowon, Oksan-seowon, Dosan-seowon, Piram-seowon, Dodong-seowon, Byeongsan-seowon, Museong-seowon and Donam-seowon, all of which are located across the nation. The nominated property is an outstanding testimony to the prevalence of Neo-Confucianism in educational and social practices in the Joseon Dynasty. Established from the mid-16th to mid17th century, the property exhibits a unique tradition of history and intangible values of Neo-Confucianism serving as an underlying base of education. The local literati at the property created an educational system and architectures conducive to fully commit to Neo-Confucian learning. Furthermore, the property offered a venue for various social and political activities, which contributed to disseminating the principles of Neo-Confucianism throughout the nation. The nominated property bears exceptional examples of architectural prototypes of Korean Neo-Confucian academies. The efforts at typifying architectural layout had rapidly progressed during the early stage of seowon establishment movement and became reference to subsequent academies. The property is conducive to the practices of learning, veneration and interaction with buildings of lecture halls, shrines and pavilions, respectively. Architectural hierarchy is displayed by the use of natural topography and landscape, stylobates, wall fences and gates.'