Such a fine day to go on a historical excursion it was. On the 15th of October, twenty two members went to Magoksa , which is a head temple of Jogye Order of Korean Buddhism in Gongu, Chungcheongdo Province. It is located on the eastern slope of Taehwasan and famous for its five-story Ocheung Stone pagoda. The pagoda is one of only three in the world the top embellished with bronze. Magoksa houses 18 cultural properties and is well known due to Mr. Kim Gu because he temporarily lived a monastic life after escaping from Incheon Prison. He had been imprisoned after killing a Japanese military officer who had conspired with the murderers of Empress Myeongseong. Some members took a short walk around the temple  and others sat resting and enjoying the season under the trees with autumn colors.

After delicious lunch with grilled deodeok, mountain herb whose roots are known to have restorative properties, and seasoned vegetables, members were headed to Gongsanseong Fortress which was listed in UNESCO World Heritage as the Baekje Historical Site. Baekje is an ancient country which existed between 18BC and 660CE. Gongsanseoung Fortress had a nice trail along the Geumgang river and members were able to feel the grandeur and prosperity of ancient East Asian culture.

Time was running and Songsan-ri Gobun-gun was the last stop of our study tour. Songsan-ri Gobun-gun is a group of Royal Tombs during the Baekje Ungjin Period whose structure and artifacts were highly recognized for its excellence in Baekje culture as well as the close cultural exchange of ancient East Asia. We were able to visit the Model Exhibition Hall and experience the actual tomb indirectly.

There's a saying "You see as much as you know." By building up the knowledge about the Korean history and by cherishing and preserving whatever we have, we take one more step to the 'empowerment'. 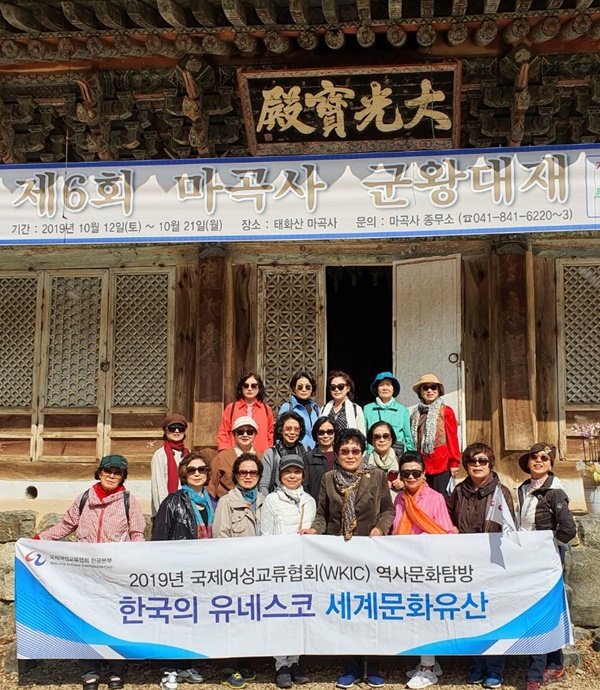 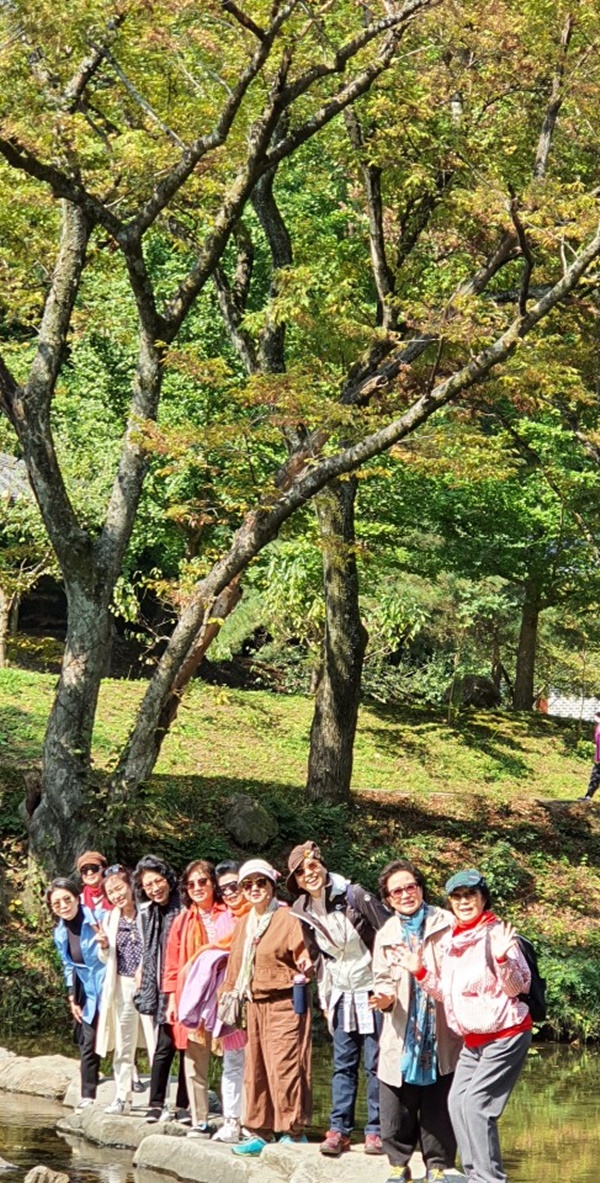 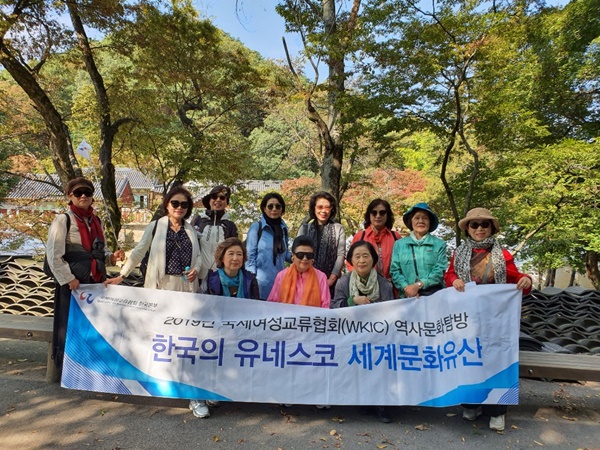 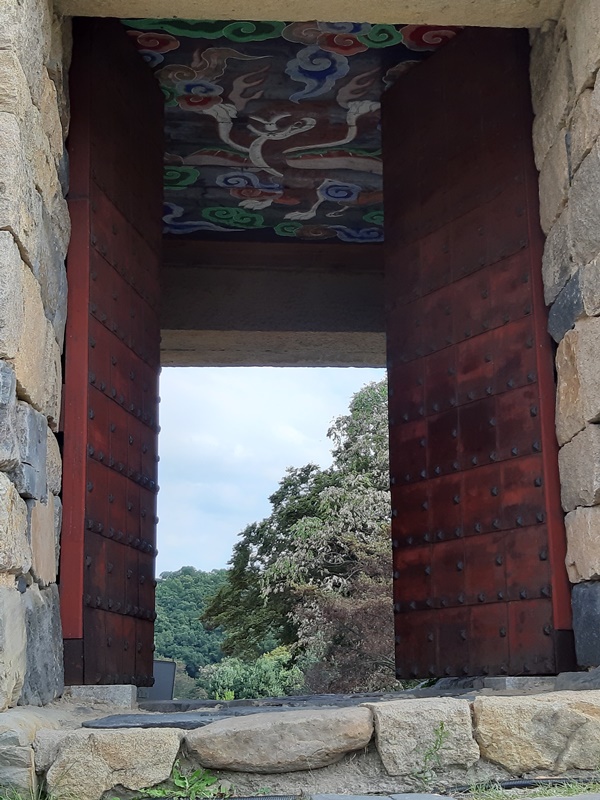 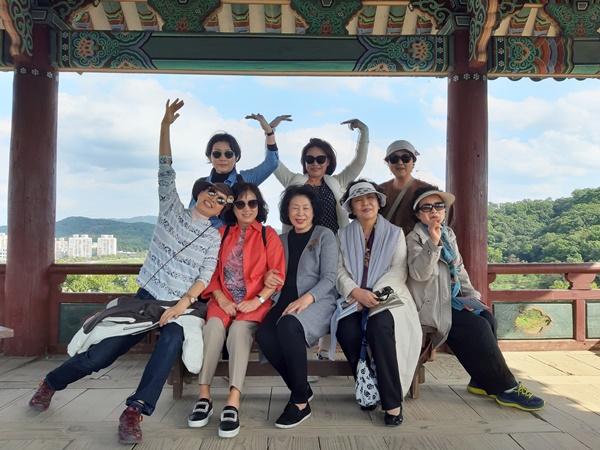 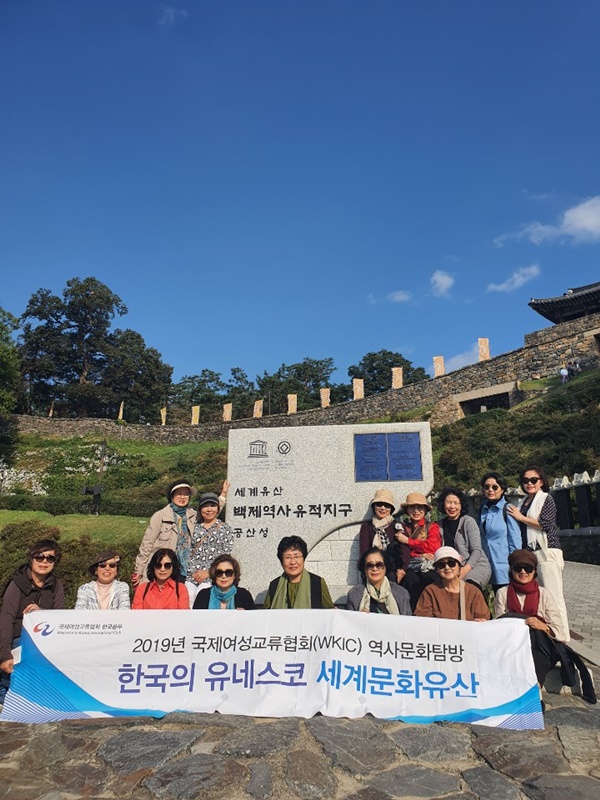 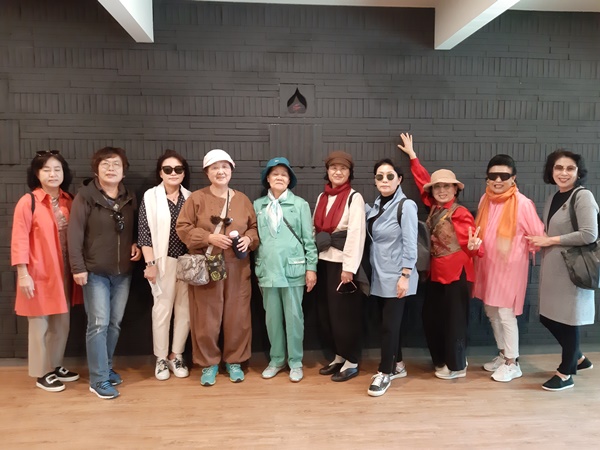 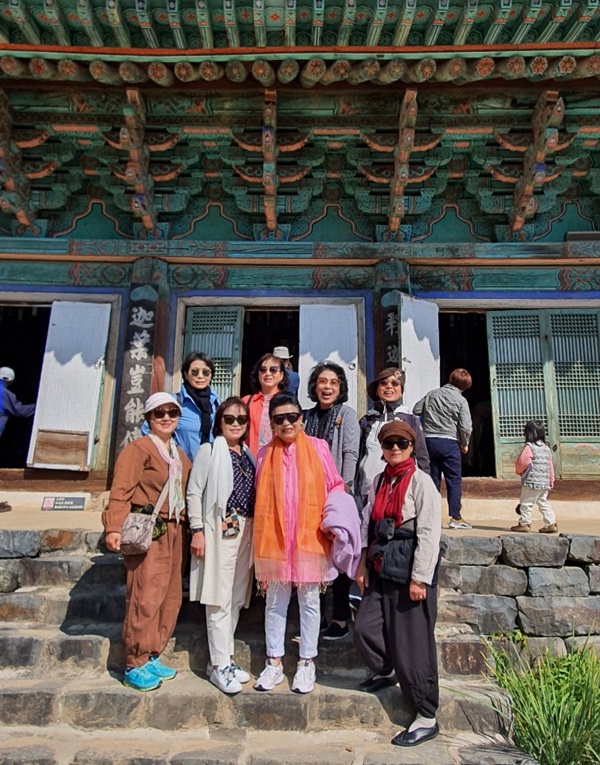 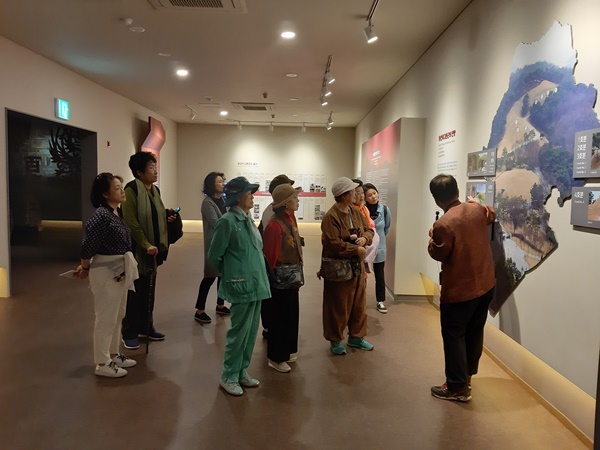 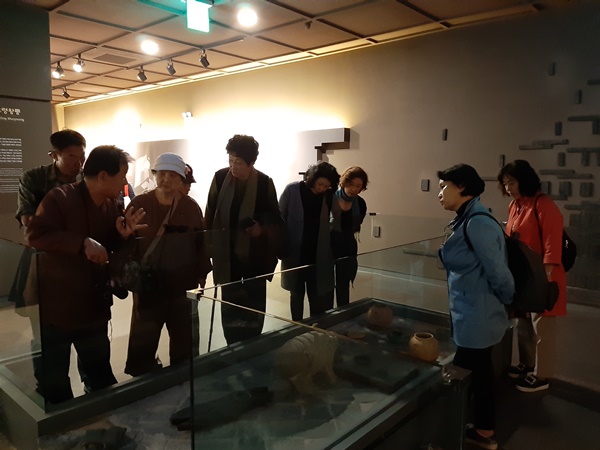